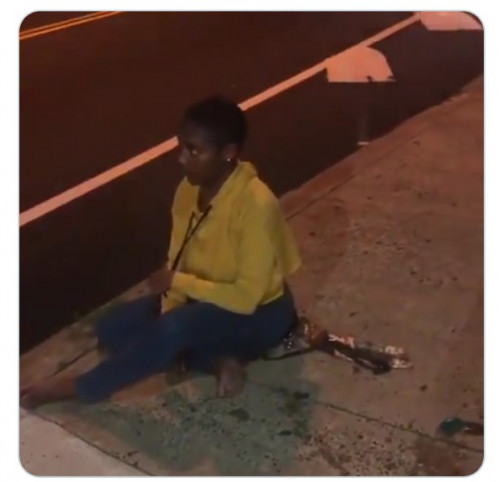 This  21 year old woman had sex with a 12 year old boy and gave him herpes. it’s so weird how this isn’t taken as seriously if he was a girl. it’s rape. she’s a predator, little boys need to be protected too.

The 21 year old girl stayed with her friends family and she ended up bleeping the 12 year old cousin. Made a sex tape. Sent it to her friends.

She was raping a 12 year old boy for weeks, recorded herself having sex him, and gave the 13 year old kid bleeping herpes

According to the cousin, she was having sex with this boy 5 times a day for 2 weeks, made a sex tape and sent it people bragging she had sex with the boy.

The boy cousin said, "You supposed to be my bleeping friend, I look out for you, you look out for me ,this is how you will repair me, you know he was my cousin and you went on to be bleeping with my little cousin".

While beating the girl, she said why didnt you Bleep him with condom, you know you have herpes.

The 21 year old girl claimed that it was the boy that seduced her and she went on to Bleep the boy then also giving the boy herpes which she knew she was carrying for a year now.