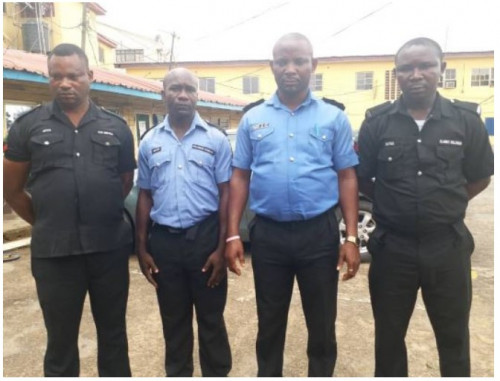 The four policemen Involved in extrajudicial killings in Lagos State, where two unarmed suspcts were shot dead at poitnt bank range have been dismissed, charged to court and rmanded in prison custody.

The Policemen were subjected to internal disciplinary proceedings at the Provost Department. They were tried on three count charges bothering on Discreditable conduct; Unlawful and unnecessary exercise of authority; and Damage to Article.

The four Policemen were found guilty and awarded the punishment of dismissal from service and prosecution. They were subsequently handed over to Homicide section of the State Criminal Investigation Department Yaba for prosecution in conventional Court.

According to DSP Bala Elkana, the Police Public Relations Officer for Lagos State;

The case is adjourned to 23/09/2019 for DPP Advise. This will serve as deterrent to others.