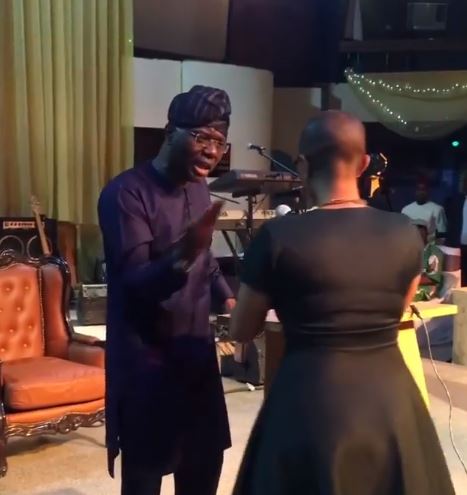 Sanwo-Olu confronted by the woman

The All Progressives Congress governorship candidate for Lagos state, Babajide Sanwo-Olu, was left dazed on Sunday after a lady that attended his interactive session confronted him during the event.

The incident happened during an interactive session with some residents of the state where he granted them the opportunity to ask questions on his plans for the state should he win the governorship election.

However, during the question and answer session, the passionate woman caused quite a stir when she sought to get too close to him.