BBNaija: "If I Reason Your Matter, Khafi Na Small Girl"—Venita To Gedoni 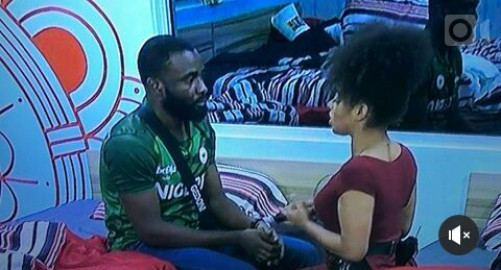 It seems the Gedoni and Khafi ship is going low or rather about to be destroyed, after Venita's brain reset on Gedoni.

This came after the eviction show last night, which sealed the fate of Joe and Enkay in the BBNaija house.

Venita while having a heart melting conversation with Gedoni, somewhat threatened to destroy his relationship with the Met police officer in the house.

She claimed that if she finally reason or places her compass on him[Gedoni] that Khafi wouldn't survive it because she's a smallie.

Gedoni on his side, said he regrets being involved with someone so quick, he should have just maintained his lane.

Her words moved Gedoni to tears, that he had to hug her passionately and eventually kissed her.