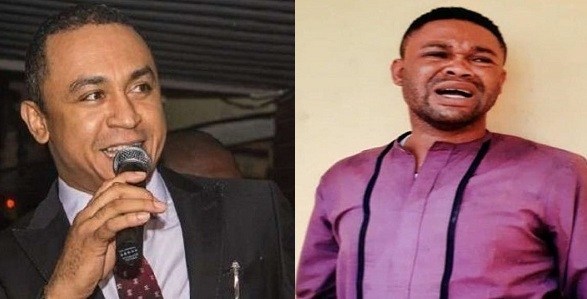 Media Personality,Daddy Freeze has reacted to the news of a Lagos pastor, Chizemdere Ezuma who was arrested for sodomising, prostituting and infecting underage boys with HIV virus.

According to The Nation, he was arrested at his residence after an informant notified the police he had resurfaced, three months after he was declared wanted.

Reacting to the now trending news, Daddy Freeze wrote; “They will still say Daddy Freeze is not letting them practice their religion.