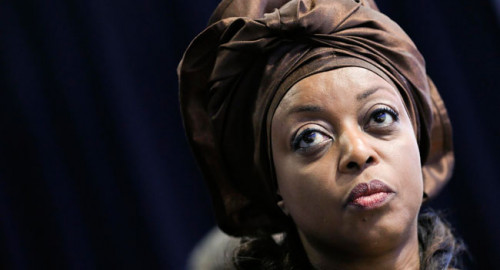 Justice Nicholas Oweibo of the Federal High Court, Lagos, on Friday, adjourned hearing in the case between the EFCC and Mrs Diezani Allison-Madueke, Igbere TV reports.

Igbere TV reports that Justice Oweibo fixed Sept. 2 in the case in which the EFCC is seeking final forfeiture of $40million worth of jewellery from the former Petroleum Minister.

This followed a motion moved by Rotimi Oyedepo (SAN), Counsel to EFCC, who said he needed more time to study and respond to the counter affidavit served him by the defense (Allison-Madueke).

Igbere TV understands that the former Minister is challenging the seizure of $40million worth of jeweleries from her premises by the EFCC, in the affidavit she served Oyedepo.

Mrs Diezani, who is currently in the United Kingdom, said the EFCC violated her fundamental “right to own property,” under sections 43 of the constitution.

She accused the anti-graft agency of entering her apartment illegally and taking the items without any court order.
Source:http://igberetvnews.com/948941/court-fixes-date-to-hear-final-forfeiture-of-diezanis-40m-jewellery/