What My Father Did When I Became Pregnant At Age 14 - Nigerian Actress, Ada Ameh Reveals

Nigerian actress, Ada Ameh has spoken out about what her father did when she became pregnant at the young age of 14. 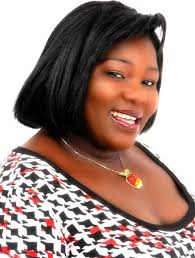 Ada Ameh
Background
I was born in Lagos into a family of 11 children. I had five elder brothers and five younger sisters. My dad was a naval officer who was very friendly with his kids. My mother sells food and is a businesswoman. She, on the other hand, was the disciplinarian. I am very proud of her, especially for her strength and hardworking spirit. My father always preached love to us. We had our schedule on check – we knew what to do when we got home from school and when to do them. As a kid, I was a tomboy.
Education
I attended Army Children’s School 4, Ajegunle, Lagos, for my elementary education. I went to three secondary schools. The first was the Idoma Community Secondary School, Otobi, in Benue State and the second was Wesley High School, Otukpo, also in Benue State. Finally, I came back to Lagos and attended Adeolu Secondary School, Ajegunle.
I dropped out of secondary school when I had my baby at 14. I went back to sit for the GCE as an external candidate and went on to get a diploma in Cosmetology.
Career
My journey in the film industry has been beautiful and I am grateful to God for that. My first movie was Domitilla, which was 22 years ago and since then, it has been a fantastic ride. I met Zeb Ejiro when I was living in Ajegunle, where I was born. When we met, I told him I was in need of a job. He must have seen something in me, for he brought me on set as an actor and it was for the role that I played in Domitilla. Although it was my first time on set, I had no fear at all. That was interesting because I had never even thought of a career in that path.
The Johnsons
After I had relocated to Benue State, where I am from, a call came in one day requesting me to come to Lagos. It wasn’t until I came to Lagos that I found out that it was for an audition for The Johnsons. The director then, Solomon Macauley, taught me many tricks that I can never forget. He also made a strong impact by his teachings and till now, these lessons are still useful in my life.
Challenges
I always say that I am one of the lucky ones who got in at a time when there was no request from producers to compromise myself. The challenges that come with the job are there but for the part of misbehaving just to be an actress, I don’t and have never faced that. There’s also a lot of stereotyping in the industry and some potential have not been tapped. For me, I can take on any role. The director has his work to do and I have mine.
Parenting
There’s no person who would give birth to a child at a young age and have an easy experience. My parents were genuinely devastated. Prior to that time, I had only seen my father cry once and that was when his mother, whom he loved dearly, passed on. The only other time I ever saw my dad cry was when I came home pregnant. After that, I was kicked out of the house but was later brought back. At that time, I couldn’t disclose the father of my child because I knew it would affect his job in the Armed Forces. My siblings were a great support system and I am forever grateful for the love they showed me. My daughter and her father are on relating terms and I relate with his children well too. He’s the father of my child and I respect him. My daughter is my greatest gift. She is my best friend and confidant.
Personality
I am very emotional but short-tempered and very fearless. Fear is far from reality for me. I have produced a couple of projects. As an actor, there is definitely a story you want to tell and the idea is that someday you get to. There’s much more than just acting and producing that I will still get to do.
Relaxation
I am a very homely person who loves to cook. I operate a lot from my kitchen and though I can make any food, I particularly like rice, fish and Chinese. I love experimenting and making different dishes. I’ve started a business where you order food and we deliver it to you. I also like music and singing.
When I am not working, I like to unwind by grabbing a few drinks with friends and if the opportunity arises where I can dance, I dance.
Fashion
I wear what fits me and what I feel like wearing at any point in time. I believe that every woman must look elegant, decent and presentable when she dresses up. She doesn’t have to dress risqué before she can look nice. There’s no need to be too revealing to make a statement.
Related Post viewed by other
533 Replies | Last update January 01, 1970, 01 AM | Last comment Armstrong