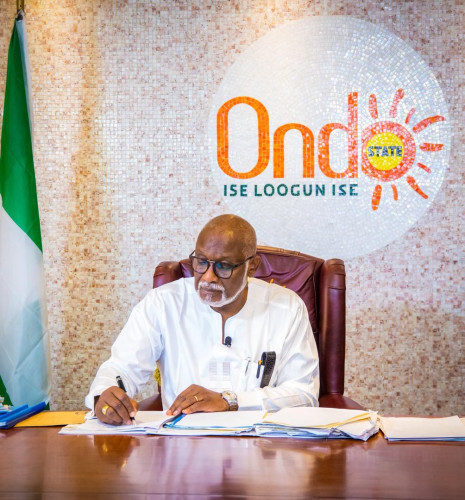 The NUP led by its Chairman, Chief Raphael Adetuwo,  gave the commendation during a courtesy visit to the office of the state Head of Service, Mr Dare Aragbaiye in Akure, the state capital, on Thursday.

They also affirmed that the state government has not defaulted in the monthly payment of pension to its members since the inauguration of the Akeredolu led administration in 2017.

Speaking on behalf of the Union, its Secretary, Comrade Akin Sunday appealed to the state government to commence the implementation of the approved 33% pension increase for Pensioners which their counterparts at the federal level have been enjoying since 2014.

In his response, the state Head of Service, Mr Dare Aragbaiye charged Pensioners to join hands with the state government to block all leakages of pension fund so as to alleviate the plight of their members in the state by exposing all their members that are still collecting the pension of the dead ones among them.

Mr Aragbaiye said members of the Union should desist from colluding with serving Officers of the government who are extorting money from other Pensioners for the purpose of facilitating payment of their gratuity, saying that the state government would no longer tolerate such corruption in the system.

He said “l know that when people are retiring they contribute money to give Officers to process their gratuity and pension, this is ungodly”

He charged the Union to lead the fight against the syndicate that collect 10% from their members to process their retirement papers and fast track payment of their gratuity, adding that the body should openly condemn and expose those behind the pains being experienced by Pensioners in the state.

The HOS assured them that the state government would open a channel through which members of the Union and other concerned members of the public could expose the corruption in the state pension administration.