Its Official, As Brazilian Star Exits Barcelona For A New Club 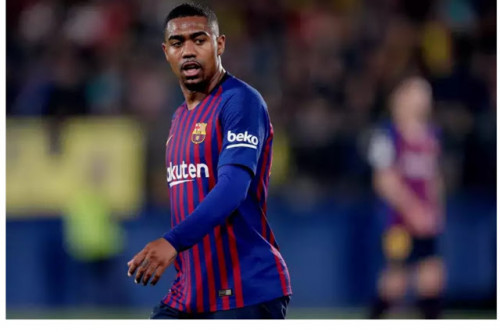 Brazilian attacking midfielder, Malcom, has left Barcelona after just one season with the 22-year-old completing a move to Russian Premier League side Zenit St. Petersburg in a £35 million deal which could rise to £38 million with add-ons.

Malcom had signed a five-year deal with the Spanish champions ahead of the 2018/19 season after joining from Ligue 1 side, Girondins Bordeaux, for £36 million despite the French club previously reaching an agreement with Serie A side, AS Roma.

But the Brazilian was only able to make 15 appearances for Barcelona in La Liga, scoring only one goal as Ernesto Valverde’s men retained the league title but fell to shock defeats in the Champions League semi-final and Copa del Rey final to Liverpool and Valencia respectively.