The left-back from Brazil met with the club's managing director on Monday to discuss his future. 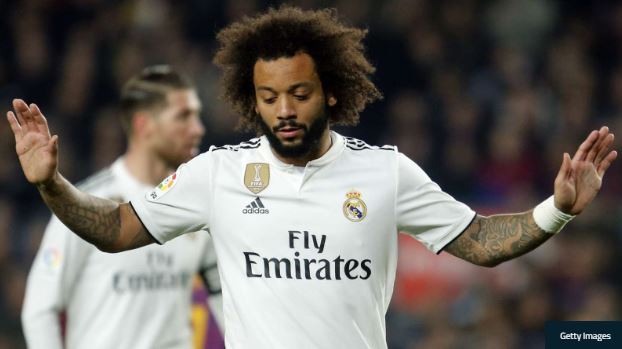 Marcelo is frustrated with his situation at Real Madrid and is ready to demand a summer exit if things do not change, according to COPE.

Though the left-back has a contract until 2022, he has struggled with injury this season and been criticised by fans and media.

With Cristiano Ronaldo trying to recruit him to Juventus, Marcelo met on Monday with Real Madrid managing director José Ángel Sánchez to discuss his future.

Arsenal will try to sign Sevilla midfielder Ever Banega again this summer, after a failed approach in the January window.

According to the Daily Mirror, the Gunners see the Argentine playmaker as the ideal replacement for the outgoing Aaron Ramsey.

Arsenal are eyeing a summer transfer swoop for Ajax defender Mattijs De Ligt, according to the Daily Mail.

The Gunners must finish in the top four to have any hope of financing a £70m ($91m) move for the Dutchman, while the possible sale of Mesut Ozil could also help to free up some funds.

De Ligt has long been an admirer of Arsenal and has worked with two club legends during his time in Amsterdam - Marc Overmars and Denis Bergkamp.