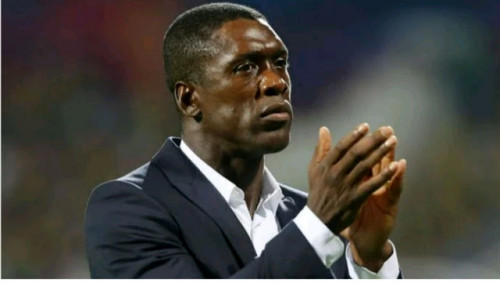 The 32nd edition of the biggest football festival on the continent in Egypt has come and gone but it will surely linger in the memory for long.
Djamel Belmadi led Algeria to a second AFCON title after a 29-year lull, beating Senegal, also another coached by fellow African Aliou Cisse 1-0 in the final.
This made a case for the continent’s coaches, and the duo might keep their jobs, but not all the coaches have been that lucky, even before the competition came to a climax.
Below are the coaches who were relieved of their jobs after a rather forgetful tournament in Egypt.
1. Cameroon coach: Clarence Seedorf
The Cameroon Football Federation sacked coach Clarence Seedorf and assistant Patrick Kluivert after the team’s exit at the 2019 Africa Cup of Nations.
Cameroon crashed out 3-2 to Nigeria, an exit the federation described as “premature” in its statement.
2. Egypt Coach: Javier Aguirre
46-year-old Javier Aguirre became the third coach casualty of the 2019 African Cup of Nations to be sacked. Aguirre was sacked just hours after the hosts were bundled out of the tournament by South Africa in the round of 16 in Cairo.
The Egypt Football Association president Hany Abo Rida announced the firing of the Mexican coach and also announced his own resignation.
3. Tanzania coach: Emmanuel Amunike
The Tanzania Football Federation has parted company with the Nigerian coach Emmanuel Amunike 11 months after he was appointed by the TFF, Sports Extra reports.
He becomes the third coach to be relieved of his job after his side’s elimination from the AFCON 2019.
4. Guinea Coach: Paul Put
Guinea Football Association also sacked Paul Put after crashing out of the 2019 Africa Cup of Nations championship staging in Egypt.
The Sily Nationale crashed out of the tournament at the Round of 16 following their 3-0 defeat to Algeria. Having kicked off their campaign with a 2-2 draw against Madagascar, they lost their second group game to Nigeria.
5. Uganda coach: Thomas Desabre
The Ugandan Federation and the French man mutually agreed to part ways after the team’s exit from the 2019 African Cup of Nations hosted in Egypt, but Desabre had courted admirations elsewhere.
Just two days after terminating his contract with Uganda, he was employed as coach of Egyptian side, Pyramids.
AFCON Coaches Sports sacked
AFCON × Coaches × Sports × sacked ×
Done Adding
Related Post viewed by other