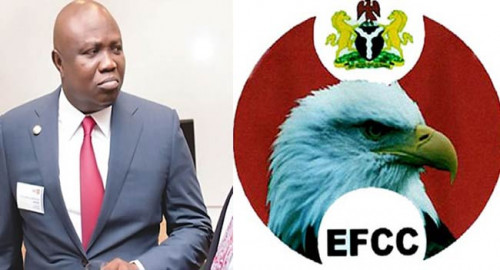 Earlier today, operatives of the Economic and Financial Crimes Commission, EFCC stormed the house of the former governor of Lagos State, Akinwumi Ambode.

In a video circulation across social media, the operatives supported by some security operatives drafted from the Nigerian police Force could be seen laying siege to the house of the former governor.

Reports however have it that residents around Ambode's house prevented the officers from gaining access into the building.