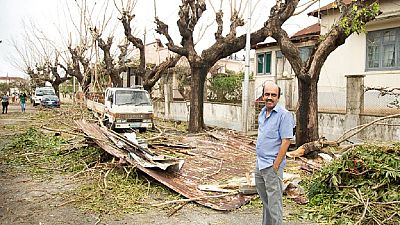 THIS STORY IS BREAKING, PLEASE CHECK BACK FOR UPDATES

Mozambique’s Minister of Land and Environment has given updated figures arising from the deadly cyclone Idai that ravaged the southern African country late last week.

According to the minister Celso Correia, the official death toll stood at 217, a figure significantly lower than a projection by president Filipe Nyusi who told state media earlier this week, that it could rise to 1,000.

Three thousand people have so far been variously rescued most of them from atop building and trees where they were seeking refuge following the heavy winds and floods that came with the cyclone.

Meanwhile, it is estimated that 15,000 people are currently stranded as varied efforts are continuing to rescue them especially in the battered city of Beira – the hardest hit.