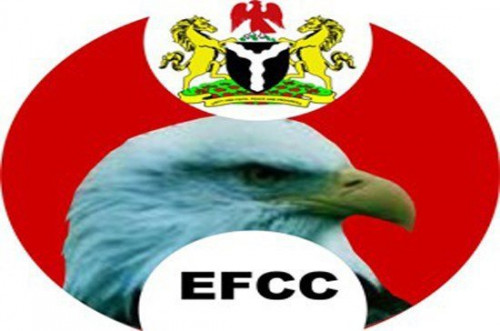 The office of the Economic and Financial Crimes Commission, EFCC, has confirmed that a junior member of one of the Election Tribunal panels sitting in Uyo, Akwa Ibom State is being investigated.

The EFCC confirmed that its office received a petition showing  video evidence of how a junior member of one of the panels solicited for help for one of the political parties. The video evidence was recovered from the CCTV which serves as a security appliance mounted by the management of a hotel.

An EFCC officer who is privy to the investigation but would not want his name in print, confirmed that the EFCC Chairman has directed some officers to look into the investigation and  report to him. "I can assure you, we have the video evidence and we are analysing it.

We will soon call a press  conference and let the whole world see what transpired in the video.
The principal suspect has been invited sometime last month but his solicitor just informed us that he may not be able to attend the next questioning because of his  health condition. But no matter what happens, the Commission will do justice to the all the parties involved", the officer said, on condition of anonimity, since he is not permitted to speak with the press.