Reports: Manchester United to be offered €55million plus player by Inter Milan in hopes of securing Romelu Lukaku deal 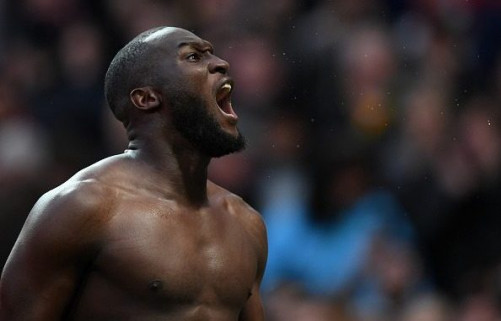 Reports: Manchester United to be offered €55million plus player by Inter Milan in hopes of securing Romelu Lukaku deal
Word around the rumour mill is that Inter Milan – though unwilling to match Manchester United’s €83million valuation of Romelu Lukaku – is still interested in the striker and that they tabled a cash-plus-player offer of €55million and Ivan Perisic in exchange for him this summer.

FCInter1908.it reports that Steven Zhang the chairman of Inter Milan is unwilling to meet the economic demands for Lukaku as put forward by Manchester United, but manager Antonio Conte still wants the Belgian in his squad ahead of the new season.

Conte had previously tried to sign him while he was the manager at Chelsea, but the talks failed and Lukaku eventually became a Manchester United player.

Due to Conte’s persistence, Inter Milan President Giuseppe Marotta and Pierro Ausilio the technical Director have reportedly tried a different method to sign the 26-year-old from the Red Devils.

According to the Italian publication, the Nerazzurri have now offered €55million and Croatian winger Ivan Perisic as part of a player-plus-cash deal for Lukaku. Perisic has been on United’s radar for quite some time now and manager Ole Gunnar Solskjaer himself had made it clear that he will continue to look for more attackers this summer, despite signing Daniel James from Swansea City.

Meanwhile, Lukaku himself was pictured talking to both Perisic and Conte after the recent friendly match between Manchester United and Inter Milan and it was hence reported that the player himself is interested in a move

Get rid of those Stretch marks!
By izzyatewe • 10 months ago

Important Rules on making posts that will be approved to homepage - Please read now!
By chidi • 12 months ago