Hosts Egypt, Nigeria, Morocco and Senegal won their first matches of the 24-team tournament and the other top seeds, Cameroon, debut Tuesday against Guinea-Bissau.

Tunisia led when Msakni blasted a penalty into the net on 34 minutes only for Campos to punish a blunder by goalkeeper Farouk Ben Mustapha in the 73rd minute.

The stalemate offered former runners-up Mali or newcomers Mauritania a chance to lead Group E later Monday by winning the second match in a double-header at the Suez Army Stadium.

Tunisia led at half-time after a cagey first half at the 27,000-capacity venue, one of six being used for the competition.

Naim Sliti was floored inside the box by Salomao Paizo and the Ethiopian referee pointed to the spot before yellow-carding goalkeeper Tony Cabaca for dissent.

Msakni took a perfect penalty, striking the ball with power and accuracy over the Angolan shot-stopper.

The goal gave a small but enthusiastic crowd something to cheer after a pedestrian opening half in which the teams had only one goal attempt each on target. 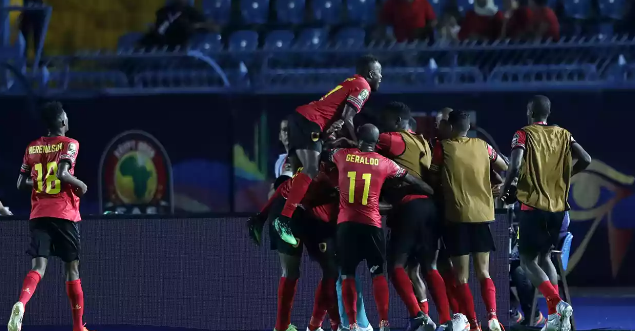 A second substitution made during half-time saw Gelson Dala, who scored three of the nine goals that took Angola to the finals, replacing Wilson Eduardo.

Tunisia coach and former France star Alain Giresse waited until midway through the second half to make his initial change, sending on Ferjani Sassi for Ghaylen Chaalali.

Angola levelled thanks to a blunder from Tunisia goalkeeper Ben Mustapha, who spilled a weak Mateus da Costa shot and Campos tapped in the rebound.

Wahbi Khazri came close to putting the north Africans ahead again with seven minutes remaining as his shot eluded Cabaca but trickled just wide of the far post.

Msakni was the next Tunisian to try and snatch a late winning goal, unleashing a low shot from just outside the box that Cabaca held at the second attempt. 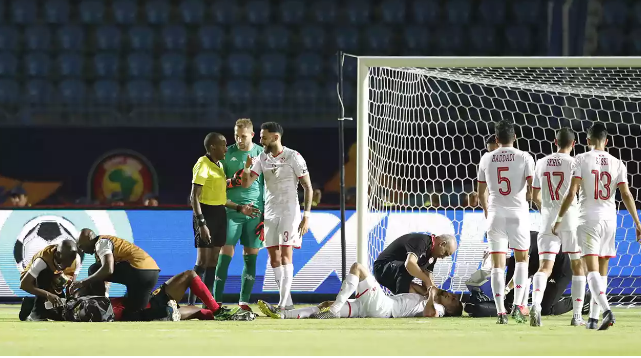