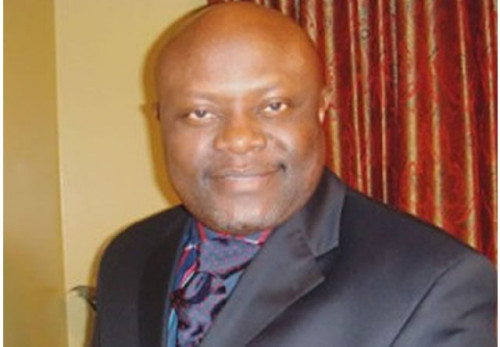 Our paths crossed at the then University of Ife where we both worked as young men. Among other things, the boiling penchant we had for politics brought us together. I will not tip off on his name in this treatise for security reasons. I’ll call him ‘my friend’. In the season between the civilian rule when Shehu Shagari was President; and the military rule when Muhammadu Buhari was Head of State, he was a quiet political activist in the ancient town of Ile-Ife. My friend despised the injustices of military goons, so he sought to join the Nigerian Army to help effect cleansing Nigeria from inside. He made it to Kaduna sitting for the Nigerian Defence Academy entrance  examination. But the opportunity to serve his country vanished before his eyes. A depressing season it was. My friend had a Plan B. He sought to ‘check out’ of Nigeria like many young Nigerians who were left out of the boom that came from the Niger Delta crude oil. In 1987, he hopped on the airplane to Washington D.C for greener pastures.

My friend returned home in 1993 for a visit. And for 25 years after, he hunkered down in America. Suddenly, about a few years ago, the love for Nigeria came stirring back up in him. In quick successions, he built two massive mansions and took his children home for the first time. They took a round-trip pleasure ride through the den of kidnappers and menacing robbers in the Kogi and Kwara axis to Abuja. Nobody told them it was a dangerous terrain. But the Lord was their Shepherd.

My friend made life comfortable for himself and family. And he kept going back to Nigeria, and kept going, and kept going until his last trip earlier this year when he ran into that aspect of the Nigerian experience that kicks you in the groin as you groan ‘Ouch’ in pain. The Nigerian experience that may turn your world upside down without notice. The Nigeria that causes you to bleed and leave you for dead by the street curbs without help. The Nigeria that has shut out many Nigerians abroad who have vowed never ever to return where they were nurtured and nursed. The Nigeria with lying, defrauding family members crafty friends, deceptive prophets, killer kidnappers, razing robbers; wicked police, and cruel and cunning customs men with guns and greed and readiness to kill you because they want your Made-in-America Jeep.

My friend arrived Nigeria and headed on to his Ibadan home. He was riding in a Toyota Tundra truck he had shipped home two months earlier ahead of his trip.  Around Ogere on the Lagos-Ibadan Expressway is a notorious routine Nigeria Customs checkpoint that has brought untold emotional pain to many motorists. In the eyes of these customs men, it seems an abomination to drive past them in automobiles that appear new without ‘paying your dues’ even after you have paid into the government coffers. My friend drove into their trap. He was flagged down and harassed to produce documents he already gave them. But they kept prodding and harassing, making nauseating demands for non-existent paperwork. There was nothing else legally required in documentations that he didn’t give them. But they kept piling on my friend.

A customs foot soldier at the checkpoint got on the phone to someone he called his boss in Lagos. He captured the image of the vehicle and electronically transmitted the image to the boss. The boss called back and commanded that the vehicle be brought to Lagos immediately. My friend immediately knew that the fraud aspect of the Nigerian experience was at play. For many days, he kept going back-and-forth to the customs office in the Ikeja area where his vehicle had now been warehoused. The boss was a no-show. About a week after, the boss showed up requesting an additional payment of close to N1m before the vehicle could be released.

Additional payment for what? For driving a high-end truck?

My friend had already paid more than that when he cleared the vehicle from the port from the same customs men. And then the confession! The big boss said he was interested in buying the vehicle for his farming business. That was the original intention of the Nigerian Customs men’s customised corruption blueprint. Their men flag down exotic vehicles of interests and seize them in the name of due diligence. They keep the vehicles under locks at the customs warehouse, deliberately run it into demurrage, frustrate the owner who may not have enough to grease the palms of extorting customs men; and then auction it at giveaway prices to the same customs official auctioneers. This ploy is commonplace in the Nigerian Customs. That was the plan they had for my friend’s vehicle. These people have daily targets of vehicles of interests that must become part of their windfalls. Instructions usually come from the top. How far atop I don’t know.  Many of the Nigerian Customs men parading our highways, like our police, are wicked beings empowered by law and constitution to do evil and perpetrate customary corrupt practices. What helped my friend was the name of a big guy he dropped. The name called the Lagos customs office and that ended it. But not without coughing up extra money he didn’t have.