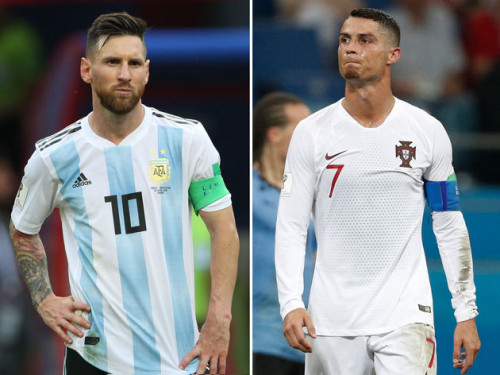 Voting NOW OPEN https:///nw6p9KIcc6
— FIFA.com (@FIFAcom) July 31, 2019
For the case of Van Dijk, Mane and Salah, the Reds stars played a major role in sealing Champions League glory for the s time, seeing off fellow Premier League rivals Tottenham 2-0 in the final, for whom Kane is awarded with a mention for his efforts. Furthermore, Mane was instrumental in Senegal's trip to the Africa Cup of Nations final, where they narrowly lost to Algeria.

The England forward notched 17 league goals with a further five in Europe's biggest cup competition to be rewarded with a nod alongside now departed Hazard, whose 31 goal contributions last season earned him a big-money move to Real Madrid this summer.

Naturally, sealing the La Liga once again as top scorer and winning the European Golden Shoe, Messi is included, while Ronaldo enjoyed a fruitful first season for Juventus as he secured the Serie A crown with his new side and guided Portugal to UEFA Nations League success over the Netherlands.

Two of the players who featured heavily for the Dutch in that tournament were Matthijs de Ligt - who partnered Van Dijk in defence - and Frenkie de Jong. The pair also played starring roles for their former club Ajax, winning a domestic league and cup double, and reached the Champions League semi finals, subsequently taking the next step in their careers with moves to Juventus and Barcelona respectively.

Finally, but most certainly not least, is Paris Saint-Germain forward Kylian Mbappe. It was another season of pure brilliance for the Frenchman, who secured the Ligue 1 crown as the division's top scorer, off the back of lifting the World Cup with France in Russia last summer.

The fan vote will be equally weighted alongside the votes of other key members of the footballing community - namely journalists, national team coaches and captains. The three finalists for each award will be revealed at a later date

The winner will be announced at the annual FIFA Gala, this year held in Milan on 23 September.