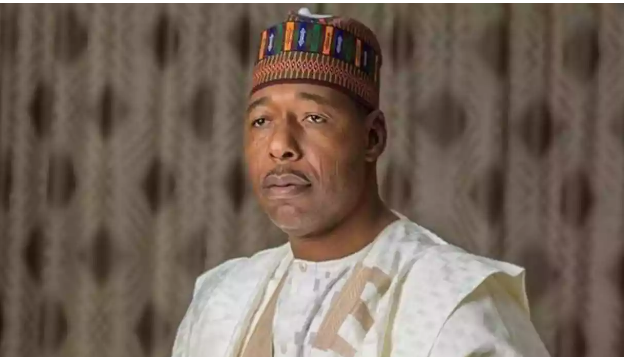 Zulum gave the promise when he received the Chief of Army Staff, Lt.-Gen. Tukur Buratai, who visited him in Maiduguri.

He vowed that the state government would rise to the challenge of defending the people by supporting the military in terms of intelligence and logistics.

“The chief of army staff, count on me.

“Believe me, the government of Borno state will spend its last Kobo in ensuring that our civilian JTF and hunters are strengthened.

“We cannot afford a situation whereby two persons (terrorists) come with motorcycle or vehicle, ransacking town and killing hundreds of people,’’ he said.

The governor maintained that security was everybody’s business and not only a military affair.

He commended the military, particularly the army for their efforts so far in dealing with terrorists, noting that it was “very difficult to deal with an enemy you do not see.’’

“People do not understand; it very difficult.

He pleaded that military operation should be followed with a stabilisation mechanism, saying “once an area has been liberated, there is the need for the government and military to work out modalities for reconstruction, rehabilitation and resettlement’’.

“Without this, an area liberated can be taken over by insurgents.’’

The governor also pointed out that to achieve success in the fight against terrorism, the root causes of Boko Haram must be addressed.

He listed some of them as unemployment, endemic poverty, high illiteracy, poor socio-economic infrastructure and climate change.

“Right now, over 80 per cent of our population (Borno), including the youth and able bodied men, are unemployed.

“The situation is catastrophic, and unless we address the root causes of these problems, I think we cannot make any meaningful progress,’’ he said.

Zulum said that the mainstay of the state’s economy was agriculture but regretted that over 90 per cent of the population did not have access to farmland due insurgency.

“The area under cultivation in the last 10 years is less than that of the last two years.

“One area that the people of Borno wish to collaborate with the military and the police is to have access to their farmland,’’ he said.

Earlier, Buratai had congratulated the governor on his election and assured that the military was working out solution to insecurity in the state and the North-East.

Buratai also said that the military was moving into the stabilization phase in the region and pleaded for more support.